After a week doing little more than trying to find three meals a day in Ao Nang, we were ready for a bit more action by the time we got to Ko Lanta. 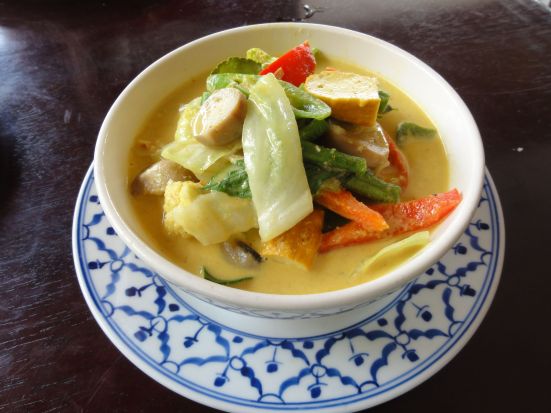 The west coast beaches, usually so emerald- and millpond-like during the high season, more closely resembled the inside of a washing machine – perfect for some New Zealanders looking for a taste of home and ‘real ocean swimming,’ ready to risk getting knocked down by huge waves just for fun. 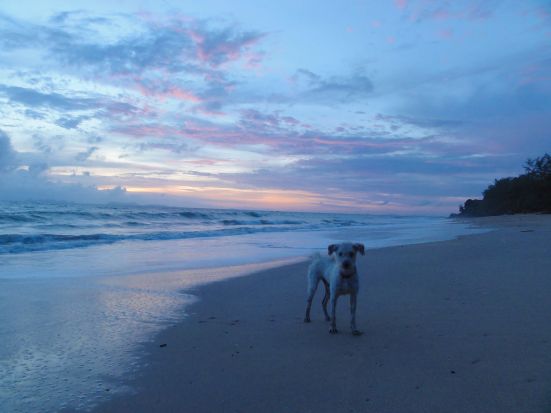 We enjoyed our swim but in the hope of finding the postcard worthy beaches so common in the high season, we hired scooters and set off, buzzing and zipping our way around the island. While these beaches remained elusive (the west coast remained a mix of dumper waves and rainstorms while the east coast was too mangrove-y and mud-flatty for us), we did find the perfect location for lunch sitting out over the water. 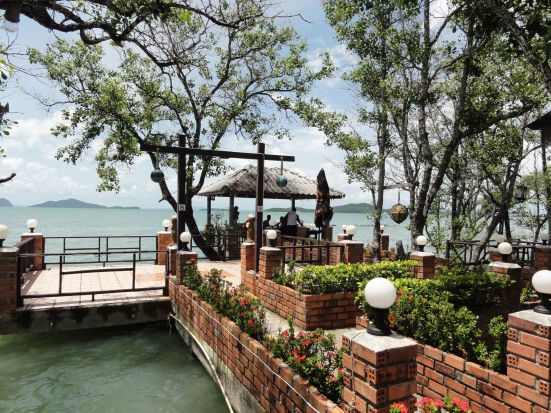 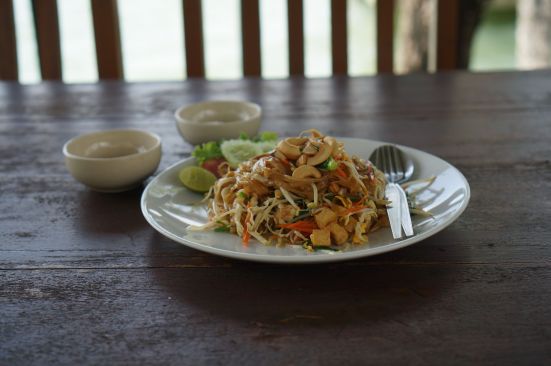 Being on such a beautiful island inspired us to find even more beautiful islands. So we set off on an island hopping and snorkelling tour. The snorkelling wasn’t the best I’ve ever seen – so much of the coral was dead – but the fish were unafraid and even tried to nibble on my arms and stomach!

The highlight of the tour was swimming through a dark 80 metre long cave, following the solitary torch of our guide as we were pushed by swell and pulled by currents toward the jagged walls of the cave, which were lined with razor-sharp oyster shells. After a few minutes wondering if we’d see the light of day again, hearing screams of pain as people were cut by the sharp shells and listening to anxious voices, we emerged into a secret lagoon. The lagoon, so hidden and inaccessible, was once used by pirates to store their precious treasure. As if risking limbs to get to a pirate hideout wasn’t cool enough, the Emerald Lagoon itself was absolutely stunning. 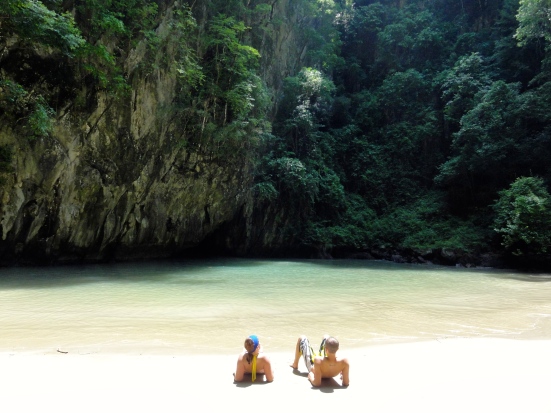 All good things must come to an end, and we had to put a time limit on Ko Lanta so we could get up to the north of Thailand. We rounded off our week on this lovely island in the warm Andaman Sea at a nearly deserted beach, swimming as the sun set behind us. 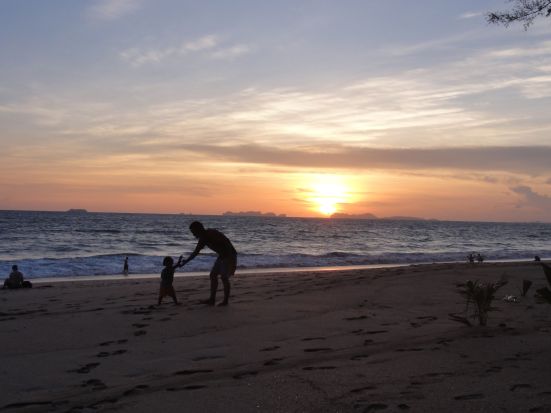 One thought on “Scooters, Snorkels and Sunsets on Ko Lanta”